Where is the High Sierra?

The High Sierra is in eastern California, USA, in the Sierra Nevada mountain range. The primary area of interest to the HSHA and its members is the 200-mile (320 km) long Sierra crest from Lake Tahoe to the Golden Trout Wilderness (south of Sequoia National Park).

The area includes three national parks (Yosemite, Kings Canyon, and Sequoia) one national monument (Devil's Postpile) and numerous U.S. Forest Service wilderness areas. As a whole, the High Sierra is one of the largest contiguous wilderness areas in the lower 48 states.

As you might guess, it's called the High Sierra because of the high elevation. It includes the highest point in the continental U.S., Mt. Whitney, at 14,494 feet (4418 m). Sierra Nevada means "snowy mountain range" in Spanish. 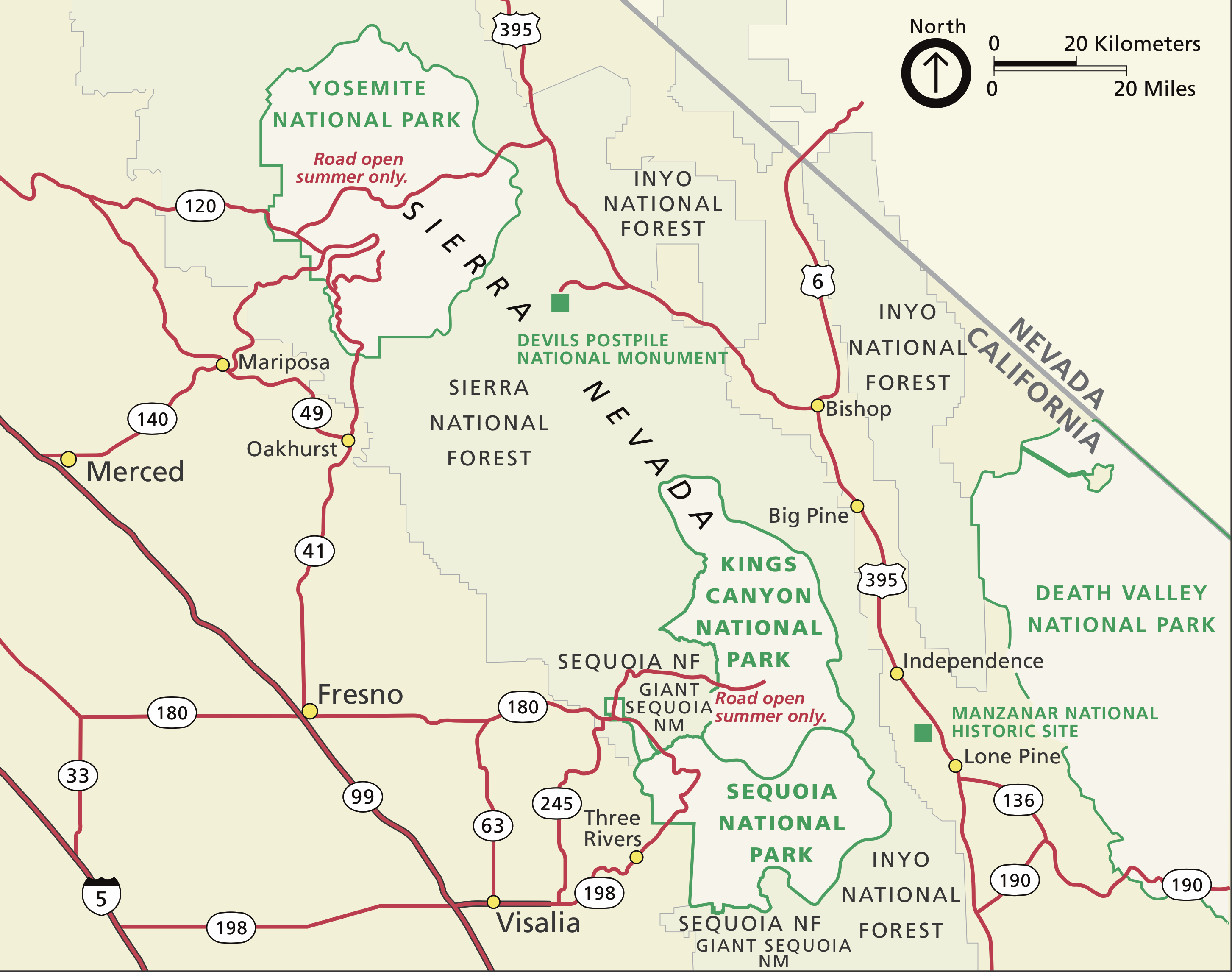